Nuget packages have become the de facto way for .net libraries to be consumed by other projects and interestingly, Microsoft also use this technology to supply some of their C++ libraries – specifically they use this to provide the code used to connect to Xbox Live (Microsoft.Xbox.Live.SDK.Cpp.UWP). This got us thinking as to how to best share common code between our games. This shared code is within a library called BorsukCore.

Initially, we had the following approach to a clean build:

Note that we had an equivalent build step for the UWP build (to cover the MS store / X1) and this doesn’t show the testing projects.

This meant that not only each time that a change was made to BorsukCore, the whole build would be performed, but that was also true for each change on the main game code. This increased the turn around time for each iteration. This wasn’t too bad for SG1, but got annoying when this was SG2 came along.

To that end, we set out to change matters by creating Nuget packages for the various projects built as part of BorsukCore. We mimicked the approach of MS by having separate Nuget packages for header files and .lib files. This left us with:

We also have similar packages for our build of GoogleTest (which we use for unit testing the C++ game code), as the implementation of these is identical to the main ones, we don’t go into the details of these.

Structure of the packages

NB It’s really important that the names of the .targets files are the same as the containing Nuget package otherwise when one tries to add them later in Visual Studio one will get infuriating errors.

There are lots of articles already available on the web detailing how to build the packages. The following are probably the best starting points (we used these to guide us)

Note that article #2 is wrong when it says that VS doesn’t do anything to help. If the .targets files are named consistently with the name of the package then VS will be your friend! This point is made clear in article #3.

This entirely depends on the CI process that one uses. We have a CI job which:

Once the packages have been uploaded, then one can simply add a Nuget reference to them in VS and everything should work. VS will automatically add a link to your .targets file from the project’s file. If this doesn’t happen, then this is usually because the .targets file isn’t named consistently with the name of the Nuget package.

By moving to the nuget packages approach we were able to improve our development experience both by avoiding the need to rebuild everything on each commit (~3 minutes a time) and also making it easier to put together prototypes using the common library.

Here at Borsuk software, we use TeamCity as our CI infrastructure. We also use perforce as our source code repository. We recently migrated our TeamCity infrastructure from Windows only (Windows server and Windows agent) to adding a Linux agent (for .net core functionality) as well to using Linux for the server (reduced Azure bill / allows for more consistent environment with the rest of our infrastructure where we use Docker).

Out of the box, TeamCity provide a docker image which can be used to set up an infrastructure very easily and the installation instructions are very comprehensive. For details, please see:

Unfortunately, as at the time of writing (27-Oct-2019), this set up doesn’t add support for using Perforce. So in order to be able to use Perforce as the source repository, there’s a little bit more work to do.

When TeamCity interacts with Perforce, it does so through the p4 executable.

Given the information above, our approach to adding support is to create a custom Docker image for the TeamCity server which contains for the p4 executable. There are [at least] 2 ways to do this:

We chose option #2 for simplicity’s sake (as we could do this on the machine which actually runs our CI infrastructure over ssh in a rather more simple fashion) and also as it’ll be easier to consume subsequent updates from Jetbrains.

Note that when upgrading to use a new version of TeamCity, the following steps should be taken:

Note that, depending on the spec of the machine running the server, the initialisation of the server may taken many minutes (we’ve seen up to 20 minutes on our low spec server – Azure B2S). This appears to be disc IO bound and is probably worth us investigating at a later date. Whilst it’s doing this, the other containers that we have running on the machine tend to be fairly unresponsive. Whether this is a problem or not depends on your requirements

Note that if you’re looking for instructions on how to do the migration from Windows to Linux, Jetbrains has a guide online.

If this is useful or if you have suggestions on how to make this better, do let us know in the comments.

We’re pleased to announce the release of SimpleXML, a jQuery library to allow a website to display XML data in an interactive fashion.

It was developed as part of an internal tool to allow us to view and interpret test results more easily and we hope that it proves as useful to the wider community as it has been to us.

It’s completely free to use for any purpose and can be downloaded from our GitHub page.

To see a demo of the plugin, have a look at the product page. 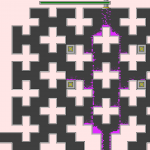 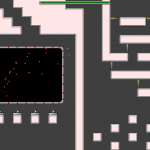